Na, I Am Not An Addict - But I Am: A Personal Story of Addiction and Recovery

Today is December 19, 2017, which is exactly 3 years since December 19, 2014 = 3 whole years of sobriety.  That is 3 years, 36 months, 1,096 days, and 26,300 hours since I last touched any form of narcotics, from alcohol to weed, and so on.
Okay I know that some of you are raising your eyebrows on this weird post. As a girl that is quite public about most parts of her life, this is a quite big part that I rarely - if ever - talk about publicly. Besides the occasional casual ‘Oh, I don’t drink, I don’t do weed’ I rarely ever mention that I am staying sober. A lot of my close friends probably think that I just don’t enjoy drinking (I do, or I did, big time), and besides a few friends that are also staying sober, who just know me as that friend “that never went through NA, but stays sober” (I am looking at you - you know who you are… thanks for being an inspiration) very few people see me as one of ‘these’ addicts that is working hard to stay sober. 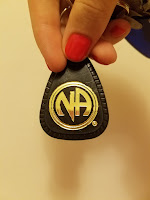 Well thanks to a few people who have inspired me lately to tell this part of my self publicly, I wanna share this with all of you today, as I am low key celebrating what I think is one of my bigger accomplishments in the past 3 years (ya, bigger that being on ShowTime, CNN, Fox, or every other major network).
It is 3 years - since the day I told myself, and convinced myself, that if I ever wanna get anywhere in life, I better get my s***t together, and find a better way to drown my depression than the sweet and sour taste of alcohol. Struggling with Gender Dysphoria (NOT the mental illness) is never easy, and we all need ways to drown the sorrow of wanting to jump out of our own skin every day. For me, starting mainly after I got divorced in the summer of 2013, but in some ways going back to my days in Yeshiva 2008-2010, that was alcohol. During the summer of 2013 for a few months, most weekdays looked pretty much the same: Waking up at 3 pm, spending about 4 hours reading and working at Finkelstein Library, then head over to Nyack, NY, spend a few hours getting wasted, because I couldn’t stand myself,  getting home at 2 in the morning, and the cycle continued.
But I magically convinced myself that I am not an addict.
It is 3 years - since the day I very clearly realized that the hangovers, short term and long term, of narcotics if just not worth it. Throughout my entire life, I knew very clearly that I am a girl, that was clear to me as the fact that alcohol makes me forget that everyone thinks that I am a boy. However, I magically convinced myself that if I just do XYZ in life, “it is gonna go away” - kinda what we call in the Queer community, praying the gay away. When I started school in the fall of 2014, after about 6 weeks, the reality of who I am hit me once again, and I needed a way to drown it out. At that point I lived at The Bayit, and right around the corner was 1020, a bar frequented by students - and that became my safe space (or so I thought), spending hours there, losing my clear mind, getting home late, waking up late, and trying to go on with my life.
And I still magically convinced myself that I am not an addict.
It is 3 years - since I attended “Brightlights” my first big Hanukkah event with Romemu, with two good friends, and the last party I ever attended where I got tipsy. I attended it with a friend that was quite out as queer at that point, and after a short time of drinking, I found myself telling her details about my life I never shared with anyone. Another 9.5 months will pass, full of struggles, and pretending everything is perfect, before I will start physical transition, but I told her that I ‘used’ to think I am a girl, something I never shared before with someone face to face. We were both after a glass or two, but I realized quickly that I just did something from which it is hard to come back. That time was one of my darkest moments struggling with depression, and with the mental bear that was suffocating me - gender dysphoria. It became clear to me, that if I continue going down that route, trying to use alcohol and ‘edibles’ to stay sane, I would be very far from sane.
I finally realized that yes, I am an addict.
I was beyond lucky that I was able to stop myself in the tracks. Admittedly, my arrogance did not allow me to look for help in person, so besides getting some guidance from a few anonymous online forms, I didn’t join a recovery group. Part of me still insisted till lately that ‘I was never an addict’ and as if I magically stopped my addiction in the tracks, but I was fooling myself. Looking back on my experience, I had, and still have every sign of a recovering addict. Hell, I am an addict in nature - just replaced a dangerous addiction, narcotics, with a perhaps less dangerous addiction (at least easier hangovers) called Netflix. I was just extremely lucky to find the support and inspiration to be able to pull this off, and move one step closer towards full recovery, and move on with full transition - something that it is clear would've been impossible otherwise.
I am sharing this story first and foremost with the silent hope that it will help at least one person struggling in silence just like me, and maybe they will find inspiration to stop, it worked for me. In addition, it is upon me to thank all these amazing people that while they might be unaware, they were my lifeline and inspiration from the day my addiction was stopped in its tracks, till today. I wouldn’t say names as I don’t want to out anyone, but you all know who you are. From the first friend who introduced me to recovery, made me go to the first NA conference (A New Years Eve dry party), and was an inspiration to show that I can do it - though I think I managed to convince here that I am just there for Nar-Anon. To a friend that I met through the Formerly Orthodox community, but who became I close friend, and introduced me to so many amazing people in recovery. Finally, I wanna thank Cortney Lovell, who I met while we were both performing with Defiant, and has been one of the biggest inspirations for me to tell this story, and write this post. Thank you all!
Finally I have one short messages to all wondering if they can do it: Yes you can! Don’t be as stupid as me, find support, find a 12-steps group, and you two can have a better life.